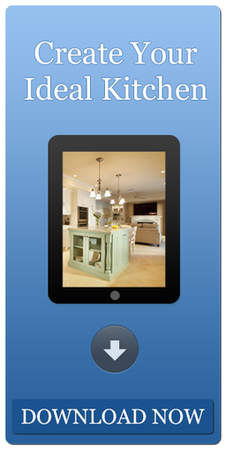 Remodeling Debate: Traditional vs. Trendy for Your Naples Home Remodel

A lot of people in Naples (and other places) are serious about remodeling their homes. According to a Money.com article, spending on home renovations and repairs was expected to peak at $327 billion in 2017 (according to a report released by the Remodeling Futures Program at the Joint Center for Housing Studies of Harvard University). Of course, most Naples homeowners want to make some changes when they remodel instead of replacing existing home features with the same old thing. But they often find themselves wondering how to proceed. It's kind of an on-going remodeling debate: Traditional vs. Trendy for your Naples home remodel?

Should you follow the latest trends (we recently posted an article that highlights some of the projected interior design trends for 2018)? Or should you follow a more traditional approach to home design?

Let's look at an example. Kitchens that are open to a dining room and perhaps a family room have grown in popularity. That's a reflection of how people actually live today. The kitchen is the center of the home and fulfills roles as a workspace for preparing food, and a social place where family and friend hang out. It's no longer a workspace that's cut off from the rest of the home. That's a trend.

By contrast, the colors that you choose to paint your kitchen or the types of light fixtures or hardware you choose tend to be influenced by what's popular at the moment. This is more of a fad. By the way, those are things that are (relatively) easily changed.

There was a whole movement in 20th-Century architecture based on the premise that form should follow function. It’s still a very sound theory today. It means that when designing a living space the primary focus should be on how one uses the space (as opposed to emphasizing current style).

Take your kitchen as an example. You use it to prepare meals, for casual dining, and as a center point for entertaining. Whether your kitchen is done in a modern, traditional, or transitional style doesn’t change how you use the room. The style is an expression of your personality and taste.

Here’s a visual example of that concept. Increasing numbers of households have moved away from having a formal dining room. Dining has become more casual. That doesn’t mean it can’t be elegant. But take note of what you see through the doorway. These Pelican Marsh homeowners also wanted a separate dining room that is set aside, is quiet, and makes certain meals special. It’s really a combination of trendy and traditional styles!

Here’s another illustration of how trendy and traditional work together. The bathroom you see here is fairly traditional. The sinks, however have a distinctive modern flair and the shower and tub are also “modern.” Both, however, are easy to access (reflecting Universal Design). So you have a “modern” bathroom that works with virtually any style in the rest of the home.

When planning the remodeling of your Naples home or condominium, you can combine a desire for beautiful style with practical designs that meet your specific needs. This may be a good reason to enlist the services of a design/build remodeler who can combine your sense of style with a form that will serve your needs.